Prof. Dr.  Øystein Vennesland was born in Vennesla-Norway in 1942. He graduated at NTH in Civil Engineering in the branch of Chemistry in 1968. He was a Research Assistant at NTH from then to 1975 until he integrated SINTEF / FCB (1975-83), then he worked in NOTEBY (1984-90), and again at NTH / NTNU (Norwegian University of Science and Technology) from 1991 until he retired in 2009. He was appointed Professor at the Institute for Construction Engineering of the NTNU in 1998 and he was Head of Department of Civil Engineering for around 10 years.

He was working in concrete durability and repair methods where he made important contributions. The initial ones with Prof. O. Gjorv on electrochemical reduction of oxygen at the steel/concrete  interface and concrete resistivity as indicator of the degree of saturation and later with Prof. C. Page on the pore solution chemistry of cement paste with silica fume addition.

Prof. Vennesland was the first researcher in Europe to propose the electrochemical treatments of concrete realkalization and chloride extraction, introducing the concepts of electro-osmosis as a key aspect to obtain the correct steel repassivation. He applied the treatment of realkalinization to several façades in his own University (NTNU), corroding by carbonation, with great success until present, because the corrosion has not been developed further. He has been a recognized specialist, not only in Norway but internationally, in the area of concrete rehabilitation in general, and in cathodic protection in particular, specialty in which he worked on the use of conductive paints as anodes, technology that facilitates very much the practical application.

He loved teaching, having been central in the incorporation of repair subjects to the NTNU, at all levels, from basic to postgraduate courses. He has supervised numerous PhD candidates in electrochemistry and reinforcement corrosion, both in Norway and sending them abroad to visit other laboratories, and supported them for the further professional development. He was always welcome to receive students from other countries.

He led and participated in national and international projects, both under the auspices of RIF and Norwegian Concrete Society,  such as COST Actions in Corrosion. He organized Congresses devoted to reinforcement corrosion and Durability. Standards also were in his best interest, as he was a researcher convinced on the need of practical rules for the advance of technologies.  His international involvement has greatly contributed to the recognition of the Norwegian concrete rehabilitation industry abroad.

Øystein Vennesland was a very active member of RILEM and fib Committees. In RILEM, he was a member of the TC-154 "Electrochemical techniques for measuring corrosion in concrete" and TC-178 "Testing and modelling chloride penetration in concrete". He was the first author of the RILEM Recommendation on "Embedded corrosion probes" and that on "Methods for obtaining dust samples by means of grinding concrete in order to determine the chloride concentration profile". He was co-author of other several Recommendations. His achievements and contributions culminated in his nomination as RILEM Fellow in 2011.

I met Øystein for the first time in 1982, with the occasion of one of the first International Workshops on Reinforcement Corrosion organized in Copenhagen. The room had small tables for only four people each, and by coincidence, we sat together with Odd Gjorv, Oystein and my Spanish colleague Jose. A. Gonzalez. From that workshop and until his retirement, we have maintained a continuous scientific contact and frank friendship.

Personally he was a gentlemen, very sweet and always with a smile. He was rigorous and honest to the extreme. He has passed away after fighting against Parkinson the last years. All who have known Øystein will regret his loss and his fine comments on scientific and practical aspects as well as on life itself. Our condolences go out to his wife Gunhild and his two sons and grand-sons. 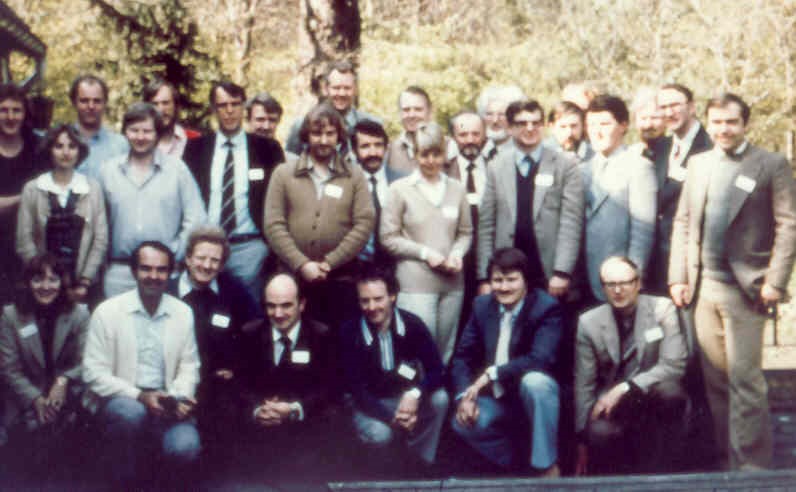 Workshop of 1982 in Copenhaguen. Øystein Vennesland is the first by the right 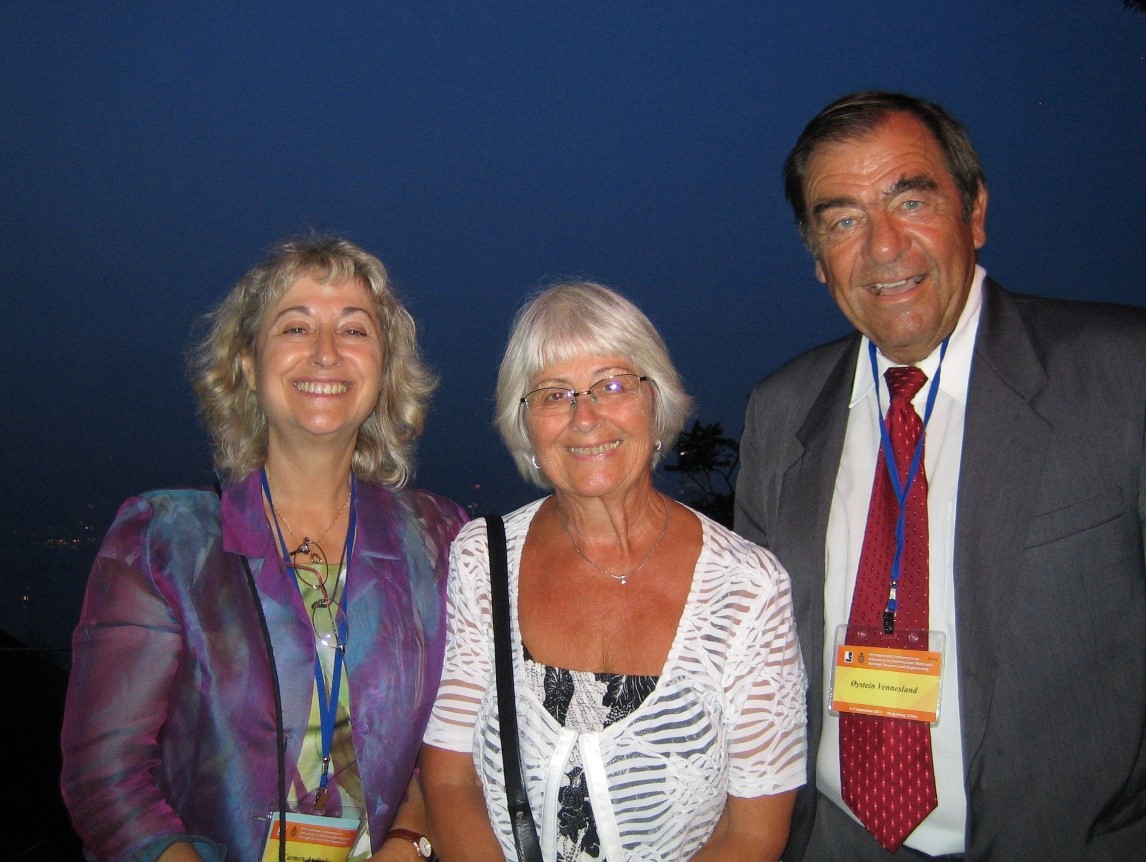 at the Rilem week where he was nominated RILEM Fellow